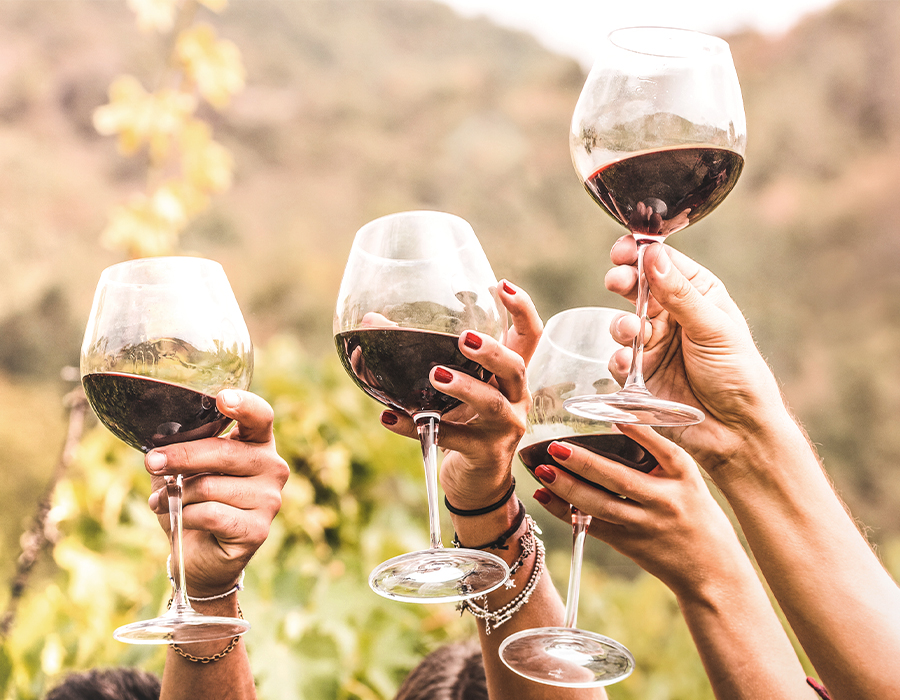 The toast, although nowadays we do it almost as a routine custom, toasting encompasses a series of steps that from its origins have given it special significance. The gesture and reference of raising the glass has been practiced for hundreds of years. Among the Romans and Greeks in the 4th century AD it was already a common practice for reasons quite different from those of today.

At that time, one of the ways to kill someone was to poison them. The best way to mask the poison was to pour it into the wine, which had a high alcohol content, very different from today. This allowed to camouflage the characteristic nuances of the poison used. As a result of this conflict, the custom arose of clashing the glasses before drinking, with certain vehemence. The objective was that when colliding, the drops from one glass would jump to the other glass, thus mixing the contents. If everyone drank, there was nothing to fear, it was a sign of confidence. However, as this was not an unequivocal sign either, many gentlemen made their servants drink the wines served beforehand, just in case.

The verbal part, where the person in charge of proposing the toast gives the reason why it is done. It can be as simple as a Cheers!, or have a more specific recipient like To the bride and the groom! You can also dedicate some words of celebration, as happens at weddings.

The ratification or confirmation of the toast, the response of those present to the proposal: Cheers! or whatever seems appropriate to the motif, accompanied by the gesture of raising the glass and the gesture of shock. Although the custom is normally to clash the glasses, in many protocol aspects this attitude is not well seen. It is all a matter of adapting to the environment and circumstances.

And finally, the drink, which is the culminating moment of the entire ceremony that encloses this act and confirms it in itself.

There is no written rule regarding the type of drink to be used. It is common in formal celebrations to toast with champagne, but in a more everyday setting we have toasted with beer, wine or some sparkling wine. The most common is to propose a toast when we have some type of alcoholic beverage. It is even said that toasting with water brings bad luck!

Above all, let’s not get carried away by topics, which are plentiful. What they say that toasting looking each other augurs good sex all year round, we regret to tell you that it is not scientifically proven. Yet.